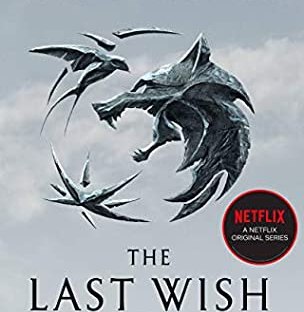 It’s growing colder. The fires are burning, the tea is brewing, and there’s nothing quite like curling up with a book.

With winter coming, I’m finding myself drawn to books with snowy settings, with icy wind gusting in through an open door, fires blazing in home hearths, and maybe, just maybe, the god of winter knocking on your door.

Here are books set in wintry lands and based on Slavic folklore.

Dear Baba Yaga,
I think I must crave male attention too much. I fear that, without it, I would feel invisible.

BABA YAGA:
When you seek others this way, you are invisible nonetheless. Yr shawl is covered in mirrors in which others admire themselves; this is why they greet you so passionately. It is good to be seen, but it is better to see. Find a being to look hard into, & you will see yourself and what is more than you.

In age-old Slavic fairy tales, the witch Baba Yaga is sought out by those with a burning need for guidance. In contemporary life, Baba Yaga—a dangerous, slippery oracle—answered earnest questions on The Hairpin for years. These pages collect her most poignant, surreal, and humorous exchanges along with all-new questions and answers for those seeking her mystical advice.

Shadow and Bone by Leigh Bardugo

Surrounded by enemies, the once-great nation of Ravka has been torn in two by the Shadow Fold, a swath of near impenetrable darkness crawling with monsters who feast on human flesh. Now its fate may rest on the shoulders of one lonely refugee.

Alina Starkov has never been good at anything. But when her regiment is attacked on the Fold and her best friend is brutally injured, Alina reveals a dormant power that saves his life—a power that could be the key to setting her war-ravaged country free. Wrenched from everything she knows, Alina is whisked away to the royal court to be trained as a member of the Grisha, the magical elite led by the mysterious Darkling.

Yet nothing in this lavish world is what it seems. With darkness looming and an entire kingdom depending on her untamed power, Alina will have to confront the secrets of the Grisha . . . and the secrets of her heart.

A glorious retelling of the Russian folktale Marya Morevna and Koschei the Deathless, set in a mysterious version of St. Petersburg during the first half of the 20th century. A handsome young man arrives in St Petersburg at the house of Marya Morevna. He is Koschei, the Tsar of Life, and he is Marya’s fate. For years she follows him in love and in war, and bears the scars. But eventually Marya returns to her birthplace – only to discover a starveling city, haunted by death. Deathless is a fierce story of life and death, love and power, old memories, deep myth and dark magic, set against the history of Russia in the twentieth century. It is, quite simply, unforgettable.

Wicked Saints by Emily A. Duncan

A girl who can speak to gods must save her people without destroying herself.

A prince in danger must decide who to trust.

A boy with a monstrous secret waits in the wings.

Together, they must assassinate the king and stop the war.

In a centuries-long war where beauty and brutality meet, their three paths entwine in a shadowy world of spilled blood and mysterious saints, where a forbidden romance threatens to tip the scales between dark and light. Wicked Saints is the thrilling start to Emily A. Duncan’s devastatingly Gothic Something Dark and Holy trilogy.

Geralt of Rivia is a witcher. A cunning sorcerer. A merciless assassin. And a cold-blooded killer. His sole purpose: to destroy the monsters that plague the world. But not everything monstrous-looking is evil and not everything fair is good… and in every fairy tale there is a grain of truth.

A collection of short stories introducing Geralt of Rivia, to be followed by the first novel in the actual series, The Blood of Elves.

The Bear and the Nightingale by Katherine Arden

One of my favorite atmospheric and lush and woodsy books

At the edge of the Russian wilderness, winter lasts most of the year and the snowdrifts grow taller than houses. But Vasilisa doesn’t mind–she spends the winter nights huddled around the embers of a fire with her beloved siblings, listening to her nurse’s fairy tales. Above all, she loves the chilling story of Frost, the blue-eyed winter demon, who appears in the frigid night to claim unwary souls. Wise Russians fear him, her nurse says, and honor the spirits of house and yard and forest that protect their homes from evil.

After Vasilisa’s mother dies, her father goes to Moscow and brings home a new wife. Fiercely devout, city-bred, Vasilisa’s new stepmother forbids her family from honoring the household spirits. The family acquiesces, but Vasilisa is frightened, sensing that more hinges upon their rituals than anyone knows…

What are other books based on Slavic folklore that I’ve missed? Let me know in the comments.