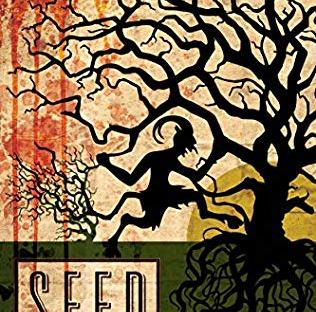 I finally read Ania Ahlborn’s debut novel, Seed. Being her first published novel, I expected it to be mediocre, and only a little frightening.

I’m so glad I was wrong.

Seed was a creepy, unnerving book on the curse of familial demonic possession.

Starting off with a bad accident involving his entire family, Jack swears he swerved the car because he saw eye glinting in the dark.

Jack knows what’s wrong with his little girl – but he’s not sure how to fix it. His wife is convinced their daughter is experiencing childhood psychosis or PTSD from the accident. But Jack knows better.

Returning to his childhood home, he discovers the secret of why he can’t remember years of his earlier life. He learns about his family, and, though he doesn’t remember, he knows he’s the one that lead to their demise.

The story is a tangled weave of lies, buried memories, and fighting against an evil no human has the power to win against.

Ania Ahlborn spins a dark and unnerving story that will haunt you as much as Mr. Scratch the Demon haunts Charlie and Jack.

“But that was how the devil worked, making his appearance when you least expected it.”

“The craziest of them all seem nice and normal and happy until some vital part of their brain fries like bad wiring.”

Follow Reading Between the Dunes on WordPress.com
Join 600 other followers