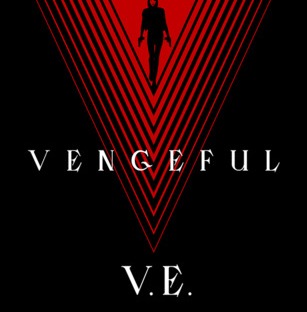 A continuation of the Villains series by V.E. Scwab, Vengeful continues where Vicious left Victor Vale, Eli Ever, Sydney, and Mitchell.

Victor himself is under the radar these days—being buried and re-animated can strike concern even if one has superhuman powers. But despite his own worries, his anger remains. And Eli Ever still has yet to pay for the evil he has done.

Many things have changed, many have remained the same, but once thing’s for certain: more EOs are being created, and many already exist.

We meet some of these new EOs, who cross paths with our favorites from Vicious.

The new ones are bent on revenge, power, and seizing control. One of them is Marcella Riggins, who corrodes anything she touches – including flesh – into dust and ash. She leaves destruction in her wake. She is powerful and knows she is, and she’s ambitious. She wants what she’s already wanted: to be in control. And with her new EO powers, she’s not going to let anything, including blood and bone, get in her way.

You do what you can. You fight, and you win, until you don’t.

June is a shapeshifter. She wears bodies like outfits, shedding them when she needs to, “buying” new ones as she sees fit. She’s her own personal stylist, capable of taking on any face, any body shape, any outfit. She only needs to touch you to get into your mind – and body.

I loved how Vengeful capitalizes on the world and character from Villains #1, while making things badder, darker, and more, well, vengeful. Vicious introduced us to a speck on the map, while Vengeful grew that speck and made it an entire world.

The book was darker, less explorative in the creation of EOs than Vicious was, but more knowledgeable about how they ticked. As characters like Stell (yes, he’s back) learn more about EOs, I found myself rooting for them, even the ones who were “evil.”

And that was the thing with Vengeful: I was on the side on “them,” the EOs, rather than “us,” the humans. I wanted the humans to die, or at least to get out of the way, and the EOs to rise to power. I especially loved the women: they knew what they wanted, went for it, and sometimes, succeeded in their own way. They were badass.

See my review of Vicious here.

I don’t want to survive. I want to thrive.

Men are always so impatient. Perhaps it comes from a lifetime of being given what you want, when you want it.

You do what you can. You fight, and you win, until you don’t.

Knowledge may be power, but money buys both.

I wanted us to do this, together. I’m not a fucking coat, Marcus. You don’t get to check me at the door.

“Jesus, Marcella, anyone ever told you that you’re batshit crazy?” Marcella pursed her lips. “Several times,” she said. “It’s an insult men love to aim at ambitious women.”