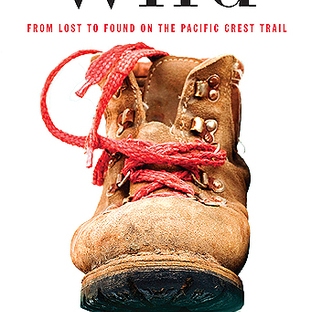 I’m mixed about this book.

It took me a while to pick up a copy. But on the verge of taking a trip to the Pacific Northwest, I decided to finally read the book, to get into a wilderness mindset.

Wild is Cheryl Strayed‘s memoir of hiking the Pacific Crest Trail (PCT) on her own after a divorce and her mother’s death. It’s her form of coming-of-age and finding herself. And it was these themes that I was excited about. However, I didn’t find these explored much in the book. I’m sure that she felt she grew as a person, and that she found herself on those 1100 miles from the Mojave Desert to the Bridge of the Gods, but I didn’t find her new self alongside her.

She started off the PCT lost and unsure of what to do with herself, her life, relationships. And she seemed to end it with some direction, but mostly, still seemed just as lost as when she started the trail. This isn’t a bad thing, because most people aren’t going to find themselves in 100 days, but I did expect more self-empowerment or more confidence, more something at the end of the book. But all I found was her going off to work in Oregon, a rushing of what she did later in life, i.e. get married, have two kids, and that’s it.

The book also could have ended earlier. I realize she covered her whole PCT journey, and so the book’s logical ending was, well, the end of the trail. But towards the last few chapters, it felt like the same old story. The only exciting thing wasn’t actually exciting: she met a sandy-haired man and a red-haired man, and the sandy-haired man was inappropriate towards her.

And perhaps that’s the nature of the journey: monotony, broken up irregularly. She did mention the monotony of the trail, but I did expect more description and feelings in the book.

It’s a good enough read, but it could have had more wildness to it.

“That my complicated life could be made so simple was astounding.”

“I’m a free spirit who never had the balls to be free.”

“I was amazed that what I needed to survive could be carried on my back. And, most surprising of all, that I could carry it.”

Follow Reading Between the Dunes on WordPress.com
Join 605 other followers